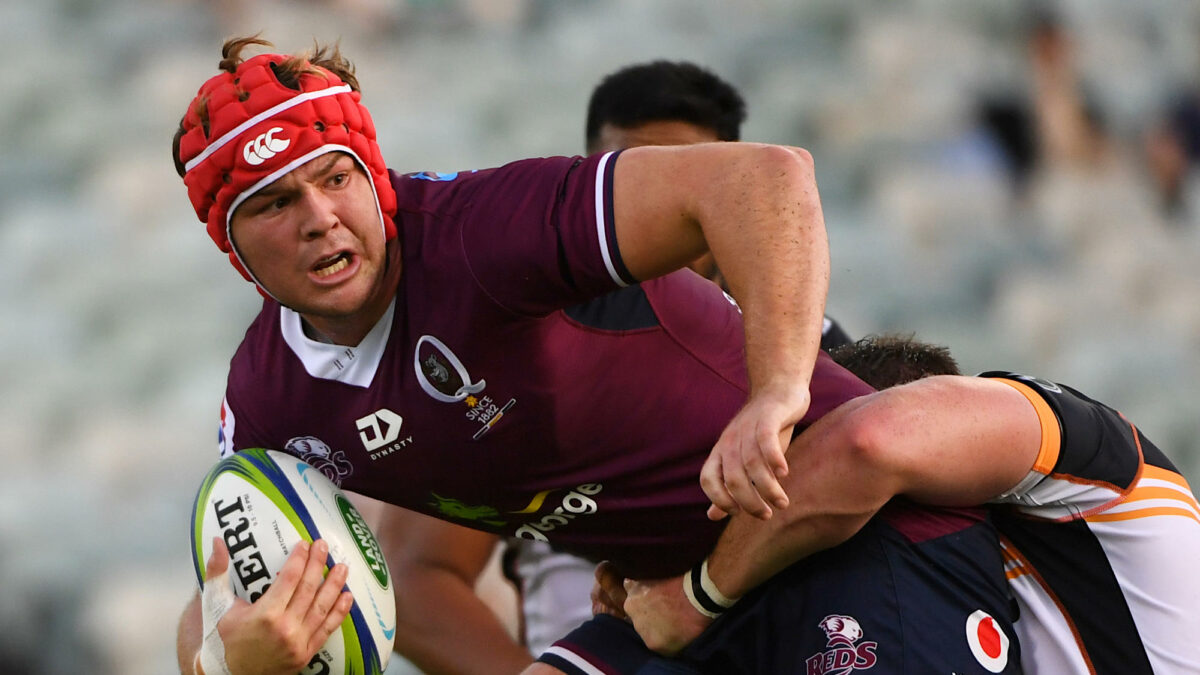 The Queensland Reds have given Harry Wilson one thing of a breather for this week’s conflict with the Waratahs, selecting to start out the younger quantity eight on the bench.
Seru Uru, who has impressed whereas taking part in at lock up to now this season, will take Wilson’s spot behind the scrum, whereas Ryan Smith will make his first-ever begin for the facet within the second row.
Brandon Paenga-Amosa additionally comes into the run-on workforce, as does Filipo Daugunu, and debutants Kalani Thomas and Sam Wallis have been named on the bench.
The winless Waratahs, in the meantime, shall be with out two of their high forwards for the Saturday-night encounter following accidents to Lachie Swinton and Jack Dempsey. The Wallabies duo have been dominated out of the match with ankle and foot complaints respectively.
Considerably mitigating their losses are the returns of prop Angus Bell (damage), centre Izaia Perese (suspension) and quantity eight Will Harris (damage). Bell has been named on the bench, whereas Harris and Perese have been thrust straight again into the beginning XV. Hugh Sinclair takes Swinton’s place at blindside flanker.
With Perese coming again into outdoors centre subsequent to Lalakai Foketi, captain Alex Newsome has moved again to his most popular place on the wing, with Jack Maddocks transferring to fullback, Mark Nawaqanitawase dropping to the bench and Tepai Moeroa out of the facet. There’s an opportunity of a debut for Max Douglas, who’ll take his place on the bench.
Within the spherical’s early recreation, the Brumbies have gotten some welcome information on the damage entrance with James Slipper cleared to line up within the entrance row in opposition to the Power. Nevertheless, he’ll begin on the tighthead facet of the scrum as a substitute of his most popular place at loosehead, with Harry Lloyd taking the primary jersey.
Jahrome Hughes replaces injured stand-in skipper Tom Cusack at openside flanker, and scrumhalf Nic White will captain the Brumbies for the third time in his profession.
With loads of accidents within the squad, Dan McKellar has named three potential debutants on the bench: props Sefo Kautai and Fred Kaihea, and back-rower Rory Scott.